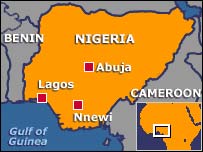 In the same article by Deborah Brautigam (2008) about the Chinese in Mauritius, she discusses the “hidden dragon” model manifested in Nigeria. The “hidden dragon” model is characterized by few or no joint ventures between the Chinese and locals. At first, the Japanese had firms that manufactured copies of European car parts. Over time, Chinese firms replaced the Japanese ones. As she mentions, many Nigerian traders in the 1970s were involved in the business and used their connections with the Chinese to find distributors and producers. However, the question that emerges is why, unlike in Mauritius, were there no joint ventures?

Brautigam writes: “some companies, such as a producer of melded plastic components, sent groups of workers to Shenzhen and elsewhere in Asia for on-the-job training in Chinese factories. Others used their contacts with trading companies to identify Chinese manufacturers who were ready to sell used equipment, such as the oil filter manufacturer who purchased the entire plant of his Singapore supplier” (62).

She adds that due to the lack of substantial FDI by the Chinese in this part of Nigeria, there were fewer opportunities for Nnewi to work with overseas firms or collaborate in joint ventures. However, by 2006, around 60 Chinese firms had invested heavily in other sector in resource extraction, agro-processing and textiles. Furthermore, “the governments of Anambra, Benue, and Taraba States in Nigeria have entered into joint ventures to produce cement, woven bags, sugar, purified water and machine tools with the Gongji Cangxi Industry and Commerce Development Company (a Henan province township enterprise that produces machinery for juice and vegetable oil extraction, concrete and nails)” (64).

Brautigam alludes to development economist Sanjaya Lall’s study of Taiwanese investments in Lesotho. I cannot find his study anywhere, but have this quote given by Brautigam to examine:

“…Family owned and controlled East Asian firms have a culture that does not conduce to local skill creation or local participation at high levels. Work at these levels is conducted almost wholly in Chinese. The tendency to bring in textile workers from China reduces skill transfers and promotion at the shop-floor level…suspicion and hostility on the part of the local population to the Chinese…prevents the creation of greater trust and social capital” (65).

According to Deborah Brautigam (2008), the Chinese had a long history in Mauritius, establishing factories early on in 1874 (tobacco) and 1897 (alcohol distillation). They made shoes, boots, rum and aloe bags for transporting sugar since 1925. Unlike the coolie migrants, the Chinese-Mauritius kept close connections with China and had enough capital to travel back home and to find wives.

This was exemplified by the Lim Fat family, who was originally from Canton. Dr. Lim Fat was responsible for cementing the Export Processing Zone Act of 1970 and encouraging other overseas Chinese and Hong Kong business-people to invest and go to Mauritius. By 1982, it was a booming industry, with 115 EPZ firms, of which 59 percent of the capital was invested by Hong Kong Chinese.

As Brautigam argues, networks “were critical for transferring information that would lower the risks and costs to Mauritians of embarking on export-oriented industry” and many of the local investors had at one point worked together in Hong Kong and used their expertise and experience to start new ventures in Mauritius.

Brautigam calls this the “flying geese” model. By 1980s, over half of the EPZ businesses were invested in locally and Mauritius became one of the top exporters of Woolmark knitwear. Interestingly enough, increasing involvement by mainland Chinese firms brought competition against Hong Kong firms. In 2003, Shanxi’s Province’s Tianli Group invested more than $10 million in a cotton yarn spinning mill. Other companies followed suit. By 2005, the textile industry shrank with many firms closing shop and 25,000 workers losing their jobs. Over 35 years since the first Chinese arrived in Mauritius, industrial investments had grown into a collaborative affair, involving local investments and labor. By 2006, restructuring led to many firms moving out of the country or shutting down. In 2007, Mauritius and Chinese governments decided to build a special economic zone (SEZ), also constructed by Tianli Group.

The “flying geese” model was short-lived. This model was also prevalent, as Brautigam argues, in Southeast Asia. What are the features of the “flying geese” model? She explains: 1) it involves joint ventures by locals and external investments 2) there must be a push from the home country, for example, labor costs or perhaps less competition 3) policies in the host country that make it conducive to FDIs and export firms. The last factor also includes economic policies, such as exchange rates and trade and capital liberalization standards that allow export firms to grow.

Mauritius stands as one of the few examples in which Chinese business networks have led to a growth of local ownership. She concludes: “…this suggests that a supply of technically skilled local entrepreneurs will be a necessary prerequisite for the transfer of technology and the start-up of new firms.” 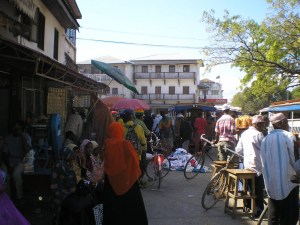 A friend sent a link to a recent article discussing the evacuation of Chinese businessmen from the Kariakoo suburb in Tanzania. The article says that they were given 30 days to leave. What’s curious about this article is the timing and the location. Why this particular suburb and why now? The government intervened, stating, according to the article that it will not “tolerate people who came to the country from abroad as investors only to end up as vendors or shoe-shiners, undertakings which can be carried out by locals.”

The article lacks important detailed information, but it seems curious that the government is singling out the Chinese, as opposed to other traders. When I traveled to Tanzania and Zanzibar, I noticed that there was a huge influx of African traders from all over, mostly purchasing products from local markets to re-sell in their home countries. Many of the Zambians I encountered on the way to Tanzania raved about the cheap prices of Tanzanian products. I remember one Luvale woman telling me that she went to Tanzania every three weeks to buy products for the hair salon she was opening up in Chingola.

I’m not sure about the demographics of Kariakoo suburb, but in Dar es Salaam, it was teeming with traders from all over the world, from Lebanese to Filipinos to of course, the Chinese. That’s why it’s strange that the Chinese are the ones targeted, according to this article, which hints at “fake products” brought over by the Chinese and elaborates on the problem of competition in locally-established niches. It’s a good sign when the government steps in to provide protectionist measures to secure local jobs. It seems in this case, the elephant in the room is the collapse of this particular market — its woefully neglected conditions and its inability to compete with other local wholesale markets. I doubt asking Chinese businessmen to leave will solve these more pressing issues.