It has been a dream of mine to visit Ethiopia. I once taught an African anthropology course, in which three countries were used as case studies to examine the history, politics, cultures and changing landscapes of the continent and Ethiopia, with its rich diversity and ancient recorded history, was one of the countries I used in this course. South Africa was the second country, and Rwanda, the third.

Now, I can say I’ve been to two out of the three countries, and hope to visit Rwanda for the wedding of one of my colleagues later this year.

Ethiopia is one of the two African countries considered to never have been colonized. It was briefly occupied by the Italians in the 1930s, but that was short lived. Italy attempted to invade in the 1890s, but was defeated by the Ethiopians only to attempt a second invasion under the command of Mussolini in the 1930s. The occupation was brief, lasting about five years, and the fact that Ethiopia has always had strong armed forces to fight off foreign invaders is a source of pride for many Ethiopians.

Another source of pride for many Ethiopians is the documented history stemming from 4th century BC. This is evidenced by the sophisticated architecture of ancient kingdoms in the northern part of Ethiopia and the origin story of the ruling elites. The story was that the royalty of Ethiopia descended from the Queen of Sheba and King Solomon from the Old Testament. There are even villages in the Northern areas that are comprised of the descendants of the early Israelites, now most notably called the Ethiopian Jews.

It seems many Ethiopians I talked to saw themselves as quite similar to Muslims and Jews. The Ethiopian Orthodox religion follows the Old Testament closely, even to the point of segregating the sexes when entering the rock churches for service. Men proceed on one side, and women on the other. Ethiopians follow the Grigorian calendar and use a different time system that starts over at dawn and dusk. Another surprise was the architecture of the churches, which seemed to mirror the shape of mosques. Even the chanting in early mornings at the break of dawn in preparation for Ethiopian Christmas in early January reminded me of the Islamic influences of Dar Es Salaam in Tanzania.

Addis Ababa is a bustling, vibrant city with a strong arts, jazz and religious scene. I attended a jazz concert on New Years’ Eve and toured art galleries in the city center. The city is also under heavy construction, including a large light rail built by the Chinese and set to open in 2016, as well as many large buildings throughout the city. This seemed to be welcomed by all the Ethiopians I spoke to, since construction was synonymous with investment and growth for their country.

Unlike in Zambia, where many of my friends who lived in the socialist times under Kaunda expressed a sense of nostalgia for an era of the past, most everyone I spoke to in Ethiopia expressed disdain for the Mengistu communist regime. It was clearly a fascist regime, and many Ethiopians also referred to it as the “socialist” regime – a dark period which stood in contrast to the much-happier, and liberating, capitalist period of modern times. One woman I spoke to said that living in the 70s and 80s was full of suffering; just surviving was a miracle. There were no shops or bitiks now sprinkled throughout the city. Addis was a dry, drab and dark place. Now, she said, she can make her dreams a reality and sees much promise in the future of Addis in the next 20 years.

Having traveled to many African countries, I think what makes Ethiopia unique is the pervasive optimism of the people. Perhaps it is because they emerged from a violent and oppressive period after the deposition of Emperor Halie Salessie and during the Mengistu regime until the early 1990s that any situation pales in comparison to the suffering of that time. Or perhaps their spirituality contributes to a sense of optimism for the future.

Regardless of the reason, they have every reason to be optimistic. After all, they have witnessed tremendous growth in terms of shops opening up for business in Addis, new roads and forms of transport being built, rising prices of flats and houses in the city that remain relatively affordable, and increased investments in businesses by foreigners and the powerful and rich Ethiopian diaspora. The changes they have witnessed have been drastic and quite positive. Although there is still poverty, many of the Ethiopians I befriended emphasized the attainability of their dreams. Especially for the youth, the future seems bright, despite the challenges of unemployment and rising costs in the city.

That’s why many Ethiopians I spoke to were optimistic about the future for themselves and for posterity. I immensely enjoyed visiting Addis, making friends there, and learning so much about the history, the Amharic language, the Orthodox religion, the food, the cultures, the division between the North and South, the UNESCO heritage sites, and so many facets and layers of the country. There is much to learn from Ethiopia and her dignified, refined and generous people. 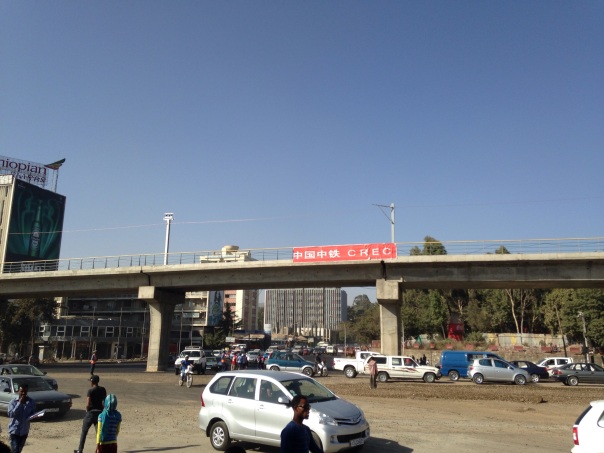