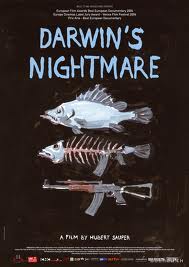 I welcome Fredrik Barth’s call for anthropologists to “document the inequities that are produced and assert our influence in opposition to the destruction of welfare and lives” and “develop the models of culture and economy” that will allow us to ensure no one is excluded from the promising vision of progress (Barth 1996:242).

Barth situates this argument in critiques of economists. He alludes to a “global trend” of marginalization due to policies that tout the free market as a panacea for social problems. Though Barth neglects to provide examples grounded in history, he does point to specific patterns of displacement in South Korea and India, where the populations have been removed and replaced by the establishment of high-rise buildings and the pressures by the World Bank to compel the Egyptian economy in the 1990s to eradicate food subsidies. Urging anthropologists to challenge this general ideology of free-trade and laissez-faire which Barth says is encapsulated in the highly recommended book called Government by the market by Peter Self, he aligns himself with the likes of Yan Hairong, Emanuela Guano, Judy Whitehead and Aradhana Sharma, Philippe Bourgois, and Paul Farmer, among other anthropologists, who have examined the negative effects of market-driven policies.

Such injustice is exemplified in an intriguing yet tragic example presented by Barth, taken from Erik Jansen’s research on the effects of policies and institutions on the fishing industry around Lake Victoria. In the 1960s and 1970s, fishing was a booming industry, marketed to consumers in the lake area. It was also part and parcel of a collaborative effort involving 50,000 fishermen who used 12,000 boats to make money from fishing and women living in surrounding villages engaged in processing and trading. In the 1980s, external businesses and multinational corporations based in Europe entered the local market and set up processing factories near the lake and exported fish to Europe, the Middle East, Japan and the US. New players enter the arena, including absentee boat owners, factory managers, government finance ministries, elite investors, international banks and traders, and “insatiable” foreign consumers. Local poverty has increased and although the fishermen work in smaller numbers, they work longer hours and are far removed from “exercising ‘their role as participants in shaping public policy through market processes'” (Barth 236). Furthermore, the “global” market has displaced the “regional” market, rendering many ex-fishermen and locals suffering from poverty to pick the morsels off of Nile perch skeletons for food.

The detrimental effects of policies relying primarily on market processes animates Barth’s call to anthropologists to analyze the collusion of complex institutions, policies, inequalities and notions of change. He maintains that using “agency” and “resistance” glosses over the “gross emerging inequities of global economies,” leaving them “uncommented and analyzed,” the outcome of “[painting] ourselves into a theoretical corner where all we can do is celebrate rather pathetic cases of symbolic protests” (Barth 239). His emphasis is on making models that counter economic ones — models that show how co-operation and competition among groups and individuals unravel, and trace the changing impact of the fishing industry on the domestic household and family relationships. Barth uses the example of the caught- fish turned money-wage to illustrate the importance of human lives often overlooked by economists. Whereas the caught-fish forced the husband-fisherman to share his earnings with his family, the money-wage allows him to spend his earnings on beer. The ramifications of economic policies on people’s lives are apparent. Ultimately, Barth emphasizes, anthropologists can make a difference by challenging old models by analyzing their outcomes, making new models and theory and recommend policies that take into account the interdependence of lives, social relations and macro-processes of politics and economy.