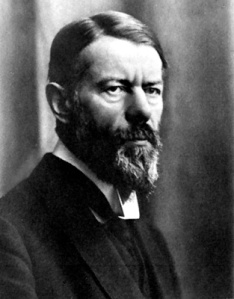 Weber’s Economy and Society is simply riddled with definitions (or more aptly termed, “ideal-types”) in his exposition of the concepts and types of profit-making. He differentiates between profit-making and profit-making activity. The former is related to activities that seek power of control over goods, and the latter, an extension of the former, is oriented “in part” to profit-making and also conducive to exploitation of market situations. In his usual convoluted fashion,Weber defines economic action is “any peaceful exercise of an actor’s control over resources which is in its main impulse oriented towards economic ends.” He elaborates further on economic action, pulling from ideas presented in The Protestant Ethic, that one cannot look at economic processes without considering the subjective meaning (as distinct from psychic phenomena, he stresses) accorded to economic phenomena. Like Braudel and unlike Marx, Weber insists that not everything is a reflection of material reality and “material life” manifested as meaning, desire, taste, and religion can be examined as partially conditioned by the formation of capitalism and even independent of economic spheres, such as his take on political parties and desire to wield political clout.

Like Marx, Weber alludes to the inequalities and problems of capitalism, which he calls “capital accounting” and refers to the term as the “battle of man with man.” He writes, “the fact that the battle of man against man on the market is an essential condition for the existence of rational money-accounting further” implies that those with wealthy will be the ones determining the outcomes of the economic process. What strikes me as fascinating about Weber’s perspective is the use of “rationality,” which I interpret as the awareness and means to advance one’s position in the economic process (and here, I do not delve into the nuances of “rational techniques” versus “rationality” versus “rational types,” but direct the reader to his vague definition of “rationality” as “a force which promotes the orientation of the economic activity of strata interested in purchase and sale of goods on the market to market situations.”) Capitalistic monopolies is an example profferred by Weber as the most “market-rational” phenomena.

The intriguing part of Weber’s use of “rationality” is that with respect to economic processes, the perfection of “rationality” implies a move away from social relationships and into something like Polanyi’s version of the dis-embedded market. For example, he mentions varying rational techniques which exist as economic action, such as calculation in money. Economic action, for Weber, is by no means homogeneous, as it is imbued with myriad meanings and ideas, such as religious faith, personal loyalty and passions. However, he says, economic action dominated by such affects or ideas tend to be of a “low level of rational calculation.” He remarks that it is quite unusual to engage in rational calculation among family, kin or disciplines, as social relations circumscribe the limits of economically oriented, profit-motivated action. However, he suggests, higher levels of rationality may be correlated with lower levels of social relations, thus pointing to the ways in which capital accounting geared to the market becomes potentially severed from other forms of social life.

Weber’s ideas can be fruitfully situated within the history of German development. As Anthony Giddens points out, Weber had high hopes for German liberalism, and disparaged the ability of the working-class to lead the state. He felt that the only hope for a politically democratic German state rested in the hands of the liberal bourgeoisie. He railed against the possibility of a socialist government and planned economy, which he associated with further bureaucratic repression. Marx, on the other hand, who had been writing nearly 50 years before Weber, was cognizant of the levels of social and economic structure of Germany in comparison to more advanced capitalist Britain and France. His works anticipated a “progressive emancipation” in the form of a revolution by the proletariats against the German bourgeoisie. Germany at the time had 39 competing principalities and the two major states, Prussia and Austria were ruled by the landed aristocracy. Thus, as Giddens explains, the growing bourgeosie constituted a weak class, which entered into conflicts with the working-class but had no access to the government in the early 19th century. The 1848 rebellions placed greater power in the hands of the ruling circles, especially in Prussia and paved the way for a series of compromises made on the part of German liberals. These historical events shaped and influenced the writings of Marx and Weber, which helps us understand the ways in which their ideas dialogue with, build upon and simultaneously contradict each other.

1 thought on “Max Weber on Capitalism”